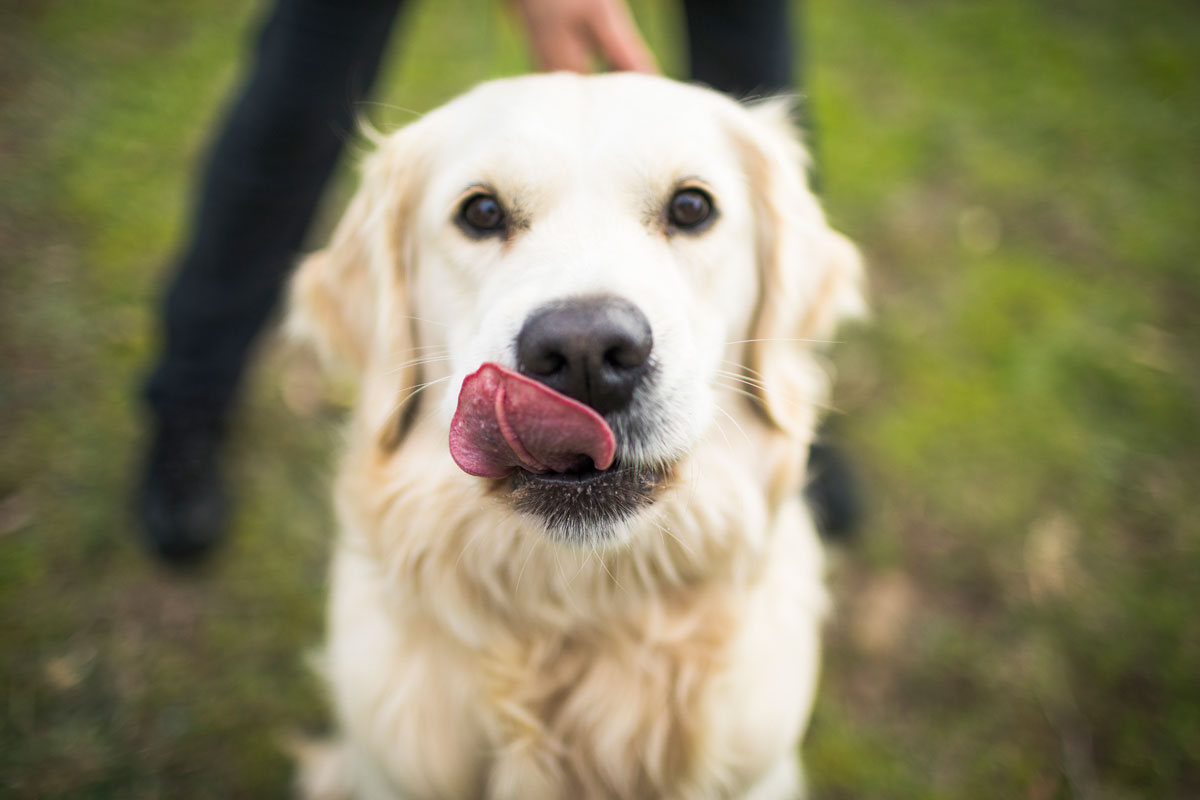 No need to leave your dog at home when travelling around Tasmania. Here’s a list of the best places to visit with your furry friend.

The capital city abounds with capital opportunities for dog days out. The mountain that defines the city, kunanyi/Mount Wellington, is Hobart’s prime walking area, and though its slopes are protected parkland, it has some trails open to dogs. Set out from Fern Tree and it’s four kilometres along the Pipeline Track to Nekia, while the Sphinx Rock Loop higher up the mountain is also an accessible dog walk. The loop starts and ends at The Springs, where the Lost Freight café welcomes dogs on lead – your pooch could even end up starring on the Dogs of Lost Freight Instagram page.

Heading down the mountain towards the city, the Cascade Brewery Bar welcomes dogs. It even holds a Pots & Pooches event on the third Sunday afternoon of each month – book ahead for a grooming session for your dog while you samples the wares from Australia’s oldest brewery.

Just as inviting is Sisterhood, the Sandy Bay café that has a separate menu for dogs featuring the likes of dog biscuits and puppycinos. Wobbly Boot Vineyard in the Coal Valley has three off-lead dog areas – one for medium to large dogs, one for small dogs and one for older and less active dogs – and hosts the quarterly Wine and Woofs fundraiser event featuring dogs, wine, food and music. It also runs a Tinsel and Tails Christmas Doggy Party each December.

Head to Kingston Beach to find a popular off-lead dog beach, then head just down the road to the suitably named Salty Dog Hotel, where the beer garden is typically a happy haven for dogs.

Will your dog appreciate the fact that you’re at Australia’s southernmost road end when you arrive at Cockle Creek? Probably not, but it will appreciate scampering about on the beaches and coastline that are open to dogs (note that dogs aren’t allowed on the popular hike to South Cape Bay).

The Port Arthur Historic Site is one of the state’s top tourist attractions, and the pup doesn’t need to miss out on all that open parkland and convict history – dogs are welcome on lead at the site, and there’s even a dedicated doggie entrance.

Give your best friend a sky-high adventure as you wander into the treetops on the Tahune Airwalk, an elevated walkway that rises to a cantilevered platform poised 50 metres above the bank of the Huon River. Dogs on lead can wander the Airwalk with you.

If you’ve walked up a joint thirst requiring a cider and a dog bowl, the outdoor area at Willie Smith’s Apple Shed is a fine place to settle back for a session with the dog.

Tasmania’s east coast is a seaside sensation for both people and pooches, with a great number of the beaches open to dogs, including Spring Beach (Orford), Mayfield Beach (Rocky Hills), Muirs Beach (Coles Bay), Denison Beach (Bicheno) and Binalong Bay. There are around a dozen off-lead beaches along the coast, including Nine Mile Beach (Dolphin Sands), Scamander Beach and Stapleton Beach (Orford). Larapuna/Bay of Fires beaches that are open to dogs include Cosy Corner and Swimcart Lagoon.

Head away from the coast to find one of the region’s most impressive walks – for owner and dog alike – at Evercreech, where a 30-minute loop trail passes the so-called White Knights of Evercreech, which are the world’s tallest white gums. Dogs on lead are permitted on the trail.

The presence of your dog need not rule out a luxury stay on this slice of the island. The four stone cottages at Thalia Haven are set on a private peninsula surrounded by the clear waters of Great Oyster Bay, with five kilometres of secluded coastline, and dogs are welcome. Freycinet Holiday Houses also has seven pet-friendly properties around Coles Bay, while the BIG4 St Helens Holiday Park has pet-friendly cabins.

Inland from St Helens are a couple of worthwhile eating stops that welcome dogs: the Pyengana Dairy Farm Gate Cafe and the Weldborough Hotel.

Take the time to smell the flowers, with two prime floral attractions awaiting you and your hound. Wander the purple rows of the world’s largest lavender farm at Bridestowe, and tiptoe through the spring tulips at Table Cape Tulip Farm. Dogs are permitted at both farms.

Once you’re done at the tulip farm, head to Wynyard’s dog beach – Bruce’s Cafe opposite the beach is a dog-friendly place for a quick feed.

Popular with local dog owners along the north coast are Adams Beach, the longest of the beaches at Bridport, and Hellyer Beach, a particular favourite near Port Latta and Stanley. Both beaches are off lead year-round.

If you fancy climbing a mountain trail with your dog, there are a couple of good options across the north. Mount Roland is one of the region’s most prominent peaks, and the 16-kilometre return hike from Gowrie Park to its summit will have you and your dog sleeping well that night. Pyramid-shaped St Valentines Peak offers a shorter summit climb of nine kilometres return.

If staying in the north, Grindelwald Lodge is as dog-friendly as accommodation comes. Dogs are allowed inside the rooms, and each suite and cottage has a fenced-off garden for dogs to run around. Free dog-sitting is also available.

If you don’t have your own dog, but you’d like to stay with one, head to Peppers Silo Launceston, where you’ll be welcomed by the hotel’s ambassador, Archie the black Labrador. Guests are free to take Archie for a walk along the Tamar River.

While much of the Western Wilds is blanketed in national parks and World Heritage-listed wilderness, dogs will love bits of the wild west.

Two great waterfall walks beckon dog owners: the short (2.4 kilometres return) Hogarth Falls walk out of Strahan, and the Montezuma Falls trail, a 10.4-kilometre return trail that follows an old mining tramway to Tasmania’s highest waterfall. If walking the latter, note that it’s unsafe for dogs to drink from or swim in the creeks, which still contain heavy metals from the old mines.

It’s safe and satisfying to drink at New Norfolk’s Eleventh Order Brewery – drop in at the New Norfolk Popup Providore, which stocks Tassie-made dog treats, then head to the dog-loving craft brewery. The open grounds of Two Metre Tall Farmhouse Ale & Cider are also a good spot for a pint with your pooch, though this is a working farm so dogs need to be on lead at all times.

Strahan offers a couple of good dog-friendly accommodation options. The Strahan Breach Tourist Park permits dogs to stay with campers or (with manager’s approval) in cabins, and Glenaire Apartments, with three apartments sprinkled around town, are also pet-friendly.

Head into the heart of the state with your dog to find some great walks and heritage hideaways. At Oatlands’ edge, wander the shores of Lake Dulverton, which has an eight-kilometre walking track that runs all the way to Parratah – walk as much or as little of it as your dog likes, stopping at a series of marker posts that correspond with a brochure filled with local information. The brochure can be downloaded from the Southern Midlands Council website.

Another good stroll with a dog is the Convict Farm Walk linking the two World Heritage-listed properties of Brickendon and Woolmers Estate in Longford. The 2.8-kilometre walk crosses the Macquarie River and dogs should be kept on lead.

When finished on the Convict Farm Walk, settle in for the night in one of Brickendon’s farm cottages, where dogs are permitted. If you really want to stretch the pup’s legs, Longford has an off-lead dog park.

Another historic stay that welcomes dogs is Ratho Farm in Bothwell, a working property that features Australia’s oldest golf course. Ratho’s restored convict-built cottages date back to the 1820s, and you dog will be as much a guest in the cottage as you are.

Staff at the nearby Old Kempton Distillery, set inside an 1840s colonial inn, have a particular fondness for dogs. The expansive courtyard is a great place to hang out with your woofer and a whisky. 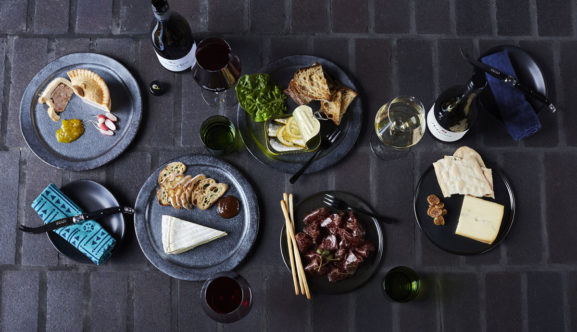 Hungry? Your mouth will be watering as you read about these new delicious dining experiences around Tasmania. Tasmania’s taste revolution 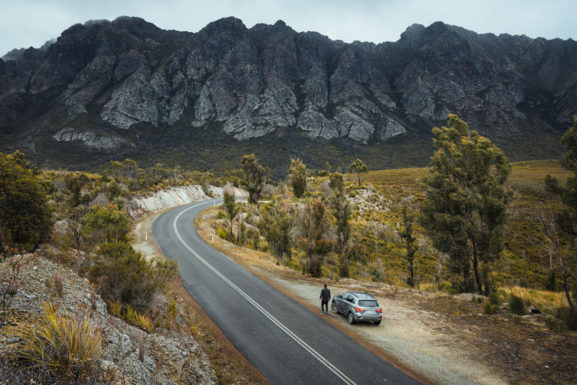 Life is about the journey, not the destination Tasmania – where any road can lead to adventure. A journey here It’s free to list your business on Buy Something Tasmanian.

Vital information for running your business during COVID-19.